Page 4 of 8
by Keith
Why are all our listeners so good looking?????

by Bouks
I was thinking the same thing about the hosts! Where did the managers go to find you, the local modeling agency?

by sinnae404
This is a great idea, so we can learn what our 'classmates' look like.
Maybe we should have a 'member of the week', or something, where we get to know more about a new member each week....or am I just getting carried away now? haha

Anyway, here's my photo. It's from near where I used to live in Seoul. We had a big dump of snow one night, that's why I look happy!! 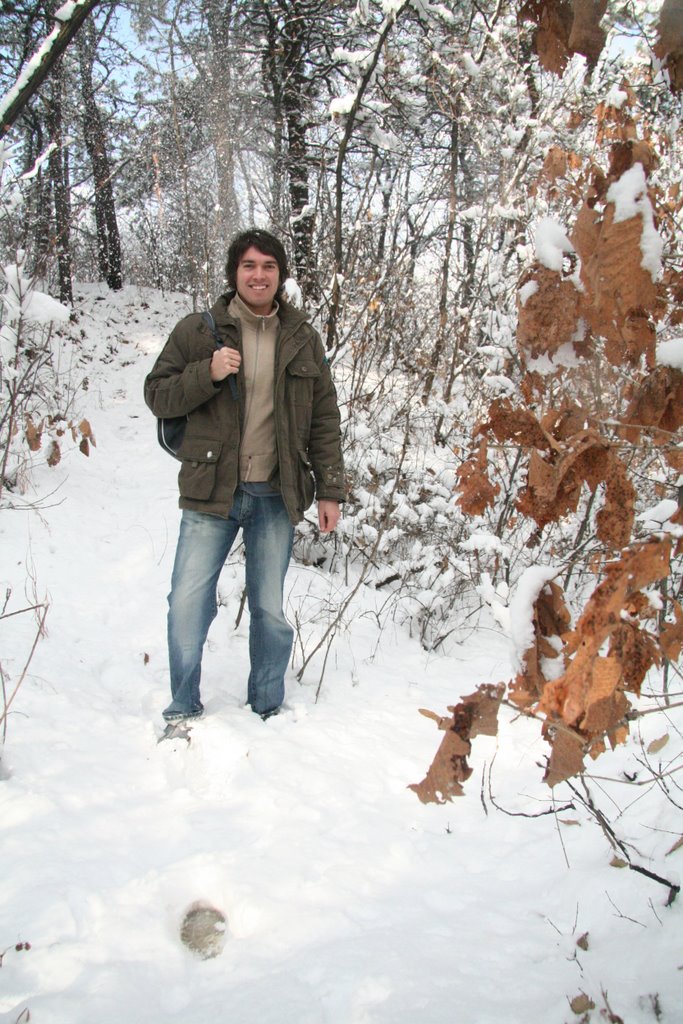 by Bouks
Sinnae, I want some of that snow! Can you send me some? I live in the desert, and it seems like spring lasted about 10 minutes and we're right into the dreadful summer heat now.

I live in the desert, and it seems like spring lasted about 10 minutes and we're right into the dreadful summer heat now.

I live on the east coast of Australia so being snowed on was a great experience and not one I was familiar with. We were at the movies, emerged for the subway station and it was coming down hard. The next morning our neighbourhood was covered!

This pic is at Bongwhasan, does anyone know it? The end of Subway Line 6.

Anyway, nice to get a look at you all!

Trent
by javiskefka
Here's me, feeling patriotic at the Washington Monument. And squinting, because it was so bright and sunny today! The weather was beautiful.
by Bouks
I miss DC! I lived in that area for a long time. I graduated from The American University. I used to love to hang out in Old Town Alexandria.
by hyunwoo
Jeff, Nice picture!! 사진 진짜 멋저요

by matthew254
here's johnny-come-lately Matthew at your service!

trying to look cool in the teacup ride - LotteWorld 2008
by matthew254
oh and three cheers for all previous posters - it takes a little bit of courage to remove (some) of the anonymity of the internet by placing a face with the poster
by Bouks
Matthew, you look just like a young Alton Brown

Matthew, you look just like a young Alton Brown Cool


Yeah, I gotta say, we have the same ridiculously goofy smile!

by ryans_class
Hi guys, here I am a couple of weeks ago with my first ever attempt at making kimchi, It looks delicious but dont be fooled. It was way too salty, but (hopefully like me) it has got better with age, I used it again today to make my first ever kimchi chigae and it was great.
http://www.facebook.com/photo.php?pid=5 ... =647056472
http://www.facebook.com/photo.php?pid=5 ... =647056472
Regards
Ryan
All times are UTC+09:00
Page 4 of 8
Powered by phpBB® Forum Software © phpBB Limited
https://www.phpbb.com/